Your Safari is Our Passion

TANZANIA HOME TO THE ENDEMICS

Tanzania has about 13 species of Primates Endemic,and about 30 birds species endemic, making it a must visit for birders and mammal passionatus.The 19 days trip Endemics of Tanzania Focuses on the Primates endemic to Tanzania.With lots of Different areas of Endemism,19 days trip endemics of Tanzania does not exhaust the Largest Country in East-Africa.But can be done in different patitions.

Experience Africa,with both the breath taking expereinces of the Mountain Climb and the Authentic African Safari experience.Our Combined trips to both the Kilimajaro Climb and the Vast Savanas of the Serengeti plains and its Wildebeest Migration,makes our Iteneraries Unique and Enjoyable to our Guests Intending to Visit africa for the Wildlife Holidays.This can be as well combined with the Mountain Gorilla Tracking In the Bwindi Impenetrable Forest Uganda.

An Atmosphere of Joy with the African Wildlife Experiences of the Wildebeests migration and other Animals Like the Hundreds of Zebras and Gazzels on move within a UNESCO World Heritage site.Serengeti National Park holds the Largest Wildlife Migration(The Wildebeest migration) ever recorded on the Continent and Gives a chance to Other wildlife Holidays Programms to discover and Explore other Areas.The Wildebeest Migration being the Most Famous activity On Africa continent,Connects to the Rest of the Protected  and nation Parks in Africa.for some Authentic Africa Safari Experiences.

Make a Safari of your choice and dreams

Tanzania's Tailor Made Safari of Any Duration

You can make any Safari of any duration according to your desires and wishes. Across African Countries. Birding, Wildlife, Mountaineering combined with the Gorilla experience or Holidays.

Tanzania is an East Africa’s Largest Country known for its vast wilderness areas.

They include the plains of Serengeti National Park, a safari mecca populated by the “Big five” game (elephant, lion, leopard, buffalo, rhino), and Kilimanjaro National Park, Home to Africa’s highest mountain. Offshore lie the tropical islands of Zanzibar, with Arabic influences, and Mafia, with a marine park home to whale sharks and coral reefs.

A list of national parks in Tanzania gives one a chance to make a list among them the places to stay for your holidays.

Your Safari is our Passion

Your Safari, Our Passion 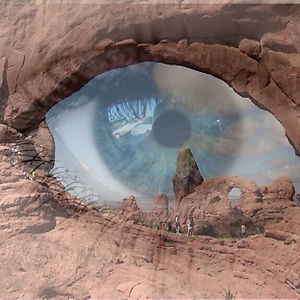 Safari in Tanzania
from Luciano Bosticco
×